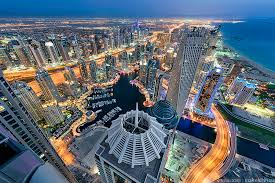 Emirates is the UAE’s most positively perceived home-grown brand in 2014. (Shutterstock)

The global house price boom continues with house prices jumping in 30 of the 39 world’s housing markets, according to Global Property Guide.

Here is the list of five cities where property prices saw the highest growth in the past 12 months:

Turkey is the fifth best performer with house prices increasing by 7.51 per cent during the year to Q3 2014, after an annual rise of 4.65 per cent in the previous year. The Turkish economy is expected to expand modestly by 3 per cent this year, from annual growth rates of 4 per cent in 2013.

The UK property market continued to show impressive performance with nationwide house prices rising by 8.95 per cent y-o-y in Q3 2014, a sharp improvement from an annual increase of 1.47 per cent in the previous year and the second biggest increase since Q4 2004.

Ireland retained its spot as the third best performer in the global survey, with residential property prices surging by 14.52 per cent during the year to Q3 2014, a remarkable improvement from a year-on-year (y-o-y) increase of 3.45 per cent in the same period last year. House prices rose strongly by 6.43 per cent q-o-q in Q3 2014. The Irish economy is projected to expand by a healthy 3.6 per cent this year, the IMF has said.

Estonia maintains its second position as the best housing market in the world. House prices rose 2.51 per cent quarter-on-quarter (q-o-q) during the third quarter.

Dubai’s real estate market is the only one in the world that has seen over 140 nationalities investing in it and the new report by Global Property Guide reveals the emirate remains on top of the chart of the world’s best performing markets for seven consecutive quarters.

Dubai saw one of the worst housing crashes from Q3 2008 to Q3 2011, with house prices falling by 53 per cent. Then in Q2 2012, Dubai’s housing market started to recover and since then Dubai has seen double digit house price increases.