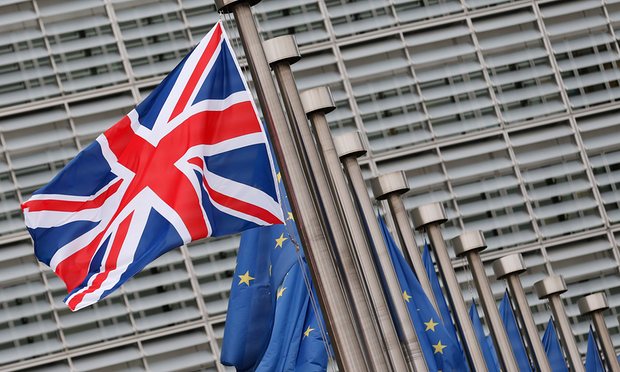 Uncertainty over the EU referendum has driven the biggest fall in the number of people trying to buy a property since the financial crisis and deterred sellers from putting their homes on the market, according to the latest report from surveyors.

The fall in buyer inquiries is expected to lead to a drop in UK house prices over the next three months, and seems to have already led to a softening of the market in London, May’s monthly report from the Royal Institution of Chartered Surveyors (Rics) found.

The group said the number of homes for sale had declined more widely than at any time since it started collecting data in April 1999, while buyer demand had fallen across the UK for the second month running and at the fastest pace since 2008. Rics said across the country 33% more property professionals had reported a drop in inquiries than a rise.

Comments from contributors “identify several potential causes of this decline in buyers’ appetite, with uncertainty over the upcoming referendum on the UK’s membership of the EU by far the most prevalent suggestion”, the report said.

Among those quoted reporting that the referendum had hit property sales were estate agents in Leicester, Grimsby and Exeter, as well as those in central London where the result could have the biggest impact on prices.

Other factors included the change to stamp duty for buy-to-let buyers, which means that since 1 April they have paid a higher tax rate on their purchases. However, Rics’ chief economist, Simon Rubinsohn, said: “There is not at this point a sense that a fundamental shift is taking place in the market.”

Looking ahead over the next three months, 10% more Rics members said they expected house prices to fall than to rise, with those in London and East Anglia the most likely to predict a drop.

Surveyors in some areas – including Wales, Scotland, Northern Ireland and the Midlands, expected to see prices creeping up in the coming three months, although price inflation in these areas was predicted to weaken.

However, Rics warned prospective first-time buyers that the price falls were likely to be temporary, and that they could face higher rents. Rubinsohn said: “Sadly, for the many young people looking to enter the property market, it is unlikely that we are seeing the emergence of a more affordable market.

“Instead it appears to me that what we are looking at is a short-term drop caused by the uncertainty resulting from the forthcoming EU referendum coupled by a slowdown following the rush to get into the market ahead of the tax change on the purchase of investment properties.”

The survey found that in the longer term house prices were thought likely to regain momentum, with surveyors predicting increases of 4.1% a year for the next five years. Rents are predicted to rise more quickly, increasing at a pace of 4.7% a year.

Cook said in London the market had been cooling for several months “and is a real reflection of stretched affordability in the capital which has now translated into slowing house price growth which we expect to continue. This said, assuming interest rates remain low, the fundamentals of supply and demand in the capital mean that we do not anticipate price correction.”

Among the respondents to the Rics survey was Richard Banks, from the G Herbert Banks estate agency in Worcestershire. “I suggest that the referendum has slowed things down and if we get a remain vote I believe things will pick up again. An out vote will be a disaster for the property market,” he said.