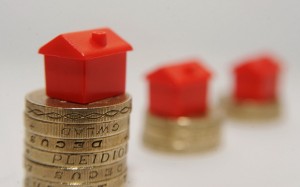 Falling mortgage rates, cuts in stamp duty for most movers and stronger pay growth could drive house prices 5pc higher this year, according to analysts

The number of mortgages issued in February jumped to the highest monthly level in half a year as buyers took advantage of falling prices after Christmas.

Lenders approved 61,760 mortgages in February, according to Bank of England data, up from 60,707 in the previous month. The increase marked a third straight monthly rise in approvals, and outstripped the 61,500 mortgages that analysts expected to be issued in the period.

House prices fell by 0.2pc across the UK in January, the first dip in 10 months, as the housing credit market came under a “two pronged attack”.

Monthly mortgage approvals remain well below the 74-month high of 75,453 they reached in January 2014.

However, there was a reversal of this trend in February. “Tumbling mortgage rates, stamp duty cuts for most movers and resurgent real wages are beginning to boost the market,” said Mr Wood. Approvals are now 4.8pc higher than in the November trough.

Howard Archer, an economist at IHS Global Insight, said: “There is mounting evidence that housing market activity is edging up from its recent lows.

“We suspect that the housing market activity has bottomed out and we see it picking up to a limited extent as 2015 progresses.” Both IHS Global Insight and Berenberg expect house prices to climb by 5pc this year.

The housing sector has been singled out as a target of Government policy after the General Election in May, with a number of parties supporting a mansion tax levied on high value homes. Mr Wood said: “Political uncertainty may have an impact on the very top of the market, but is unlikely to be a big deal in general.”

“The lack of inflation, and talk of an interest rate cut rather than a rise, could have an impact on people’s inclination to take on new debt,” Mr Harris said. “With lots of capacity in the market, as lenders such as HSBC and Tesco look to boost their offering via brokers, mortgage rates are likely to remain extremely competitive in the months to come.”