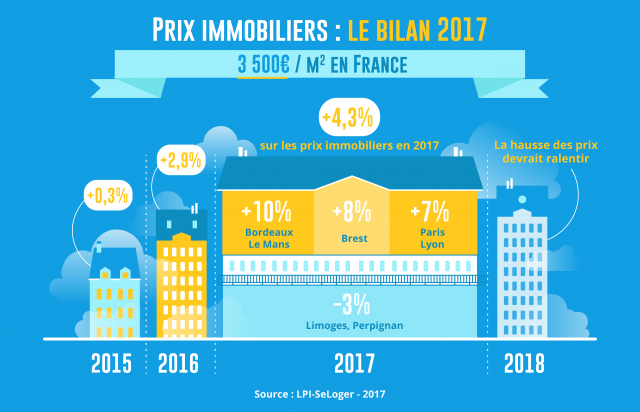 Photo: AFP
The Paris property market is the second most attractive in Europe for property investment among the super rich, a new study reveals.
The study, carried out by estate agency Knight Frank, looked at the most attractive cities around the world for real estate investment among ultra high-net-worth individuals (those with a household wealth of over €24.2 million).
And the French capital, where apartment prices hit a record high last year, came second in Europe — behind London — and 12th overall (out of 40) around the world.
“The French capital is on the radar of investors around the world again, especially those from the United States, the Middle East and Europe,” Knight Frank said recently.
Unsurprisingly, the super rich tend to favour central Paris districts including the 1st, 6th and 7th.
But more surprisingly, they are also showing interest in the 10th arrondissement, one of the city’s grittier areas which is quickly becoming gentrified.

In its report, Knight Frank described the arrondissement like this: “With its ‘superb period buildings’ and its lively streets, the 10th arrondissement seduces a ‘young and trendy population’, while ‘the wide boulevards, footpaths, bars and restaurants along the Canal Saint-Martin (…) create a particularly pleasant and varied neighborhood.”
And if you’re looking to get in quickly before the super rich take over, you’ll be looking at spending a cool €750,000 and €950,000 euros for a 100 m² flat.
In fact, buyers in Paris are having to dig deeper into their pockets than ever, with properties now valued at an average of more than €9,000 for every square meter, a recent report revealed.
And this could climb to  €9,300 next month, according to a report in BFM TV.
London first
But it was London that topped the list in Europe and, indeed, overall as the most attractive city in the world for real estate investment among the super wealthy.
The UK capital was followed by New York, with Hong Kong, Shanghai and Los Angeles making up the rest of the top five spots.
While the other continental European cities making the list were Frankfurt (13th), Geneva (17th), Zurich (18th), Moscow (23rd), Munich (28th), Amsterdam (34th) and Rome (36th out of 40).