Last year is one that economists around the world will remember for a long time. It was the year 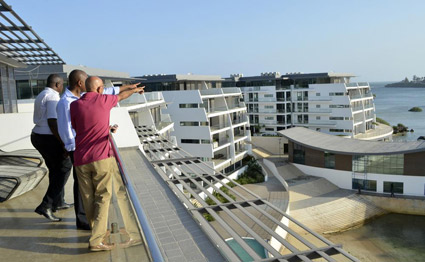 English Point Marina apartments in Nyali, Mombasa. According to the latest data released by the Kenya National Bureau of Statistics, the real estate sector’s year-on-year growth at the end of third quarter of 2015 was 5.4 per cent. PHOTO | KEVIN ODIT |

Last year is one that economists around the world will remember for a long time. It was the year that saw some major political, economic, military and cultural upheavals occur around the world.

They included the collapse of oil prices, the rebound of the US dollar, the slowdown of the Chinese economy, the weakening of the Russian economy, the European crisis, the fear of a Grexit and

terrorism. These significant incidents, among others, created a highly volatile environment for all markets.

As an emerging market, Kenya was directly affected by these international events. Indeed, the country faced several challenges last year. Among these were the depreciation of the shilling against the dollar and the British pound, inflation that exceeded 8 per cent in December, a Cenral Bank Rate that increased twice in 30 days, thereby significantly increasing the cost of finance, an increase in the number of red loans, the stoppage of operations by two banks.

There was also an obvious slowdown in the real estate market, with the house price index gaining a marginal 4.21 per cent increase in the first three quarters of 2015, according to the Kenyan Bank Association House Price Index.

The increase in the external debt and the need for money, which pushed the yield of Treasury Bills to more than 23 per cent, were also among the main phenomena that marked 2015.

The growth in the real estate sector was driven by heavy government investment in infrastructure, which opened up satellite towns such as Ruaka, Mlolongo and Athi River within the Nairobi metropolis.

At the same time, the devolved government created investment and development opportunities in the counties, since it was up to each county to fund local development. Favourable demographic trends, including a growing middle class that is spurring development across all real estate sectors, also contributed to the sector’s growth.

The key question is whether the growth of this sector, which is predominantly local — with a small percentage of foreign investors — will be able to maintain a return on investment that will maintain high investor interest and the asking prices in the market sustainable.

In the last few years, Kenya has been performing on average better than what experts had predicted at the beginning 2000. The country’s economy has been consistently growing by percentages that other economies cannot even dream of.

With an average growth rate above 5 per cent since 2010, the Kenyan economy has been upgraded to a middle-class one. At the same time, many people’s expectations of an even better future is growing too.

Between the actual numbers and Kenyans’ expectations, the real estate market has capitalised the most on this positive course. Real estate values have been growing all over the country, with Nairobi and its satellite towns gaining amazing price rises and making big profits for almost everyone involved in the property industry.

This remarkable performance was possible because of other factors.

First was the prevailing political stability, which created a safe environment for local and foreign investors. Equally important was the fact that the global financial and economic circumstances favoured the growth of the emerging markets. Indeed, large amounts of capital from the big economies have been invested in many emerging markets around the world.

PEGGED ON DISCOVERY OF OIL RESERVES

The expectations pegged on the discovery of oil reserves in the country boosted the positive attitude among investors, particularly foreign ones, who wanted to capitalise early on possible future economic growth.

The fact that the Chinese plan to penetrate and dominate investment in Africa, and especially the sub-Saharan region, is another very important reason for this growth, since huge investments have been funded thanks to Chinese interests.

Finally, the stability of the Kenyan shilling in the last few years, coupled with a steady interest rate, played also played a role in the country’s remarkable economic performance.

Today, some of the these factors that boosted the real estate market and the Kenyan economy are facing challenges. The Chinese economy is shaking and oil prices have been so low that they do not allow for investment in new oil exploration in the country.

Besides, the shilling if facing stability problems.

Consequently, this year the sector’s growth will be driven mainly by the the fact that an increasing number of people cannot afford housing. The main problem with the local market is lack of affordable housing. Meanwhile, there is a huge offer of highly priced, unaffordable properties around the country.

The following are some of the key factors that will play a vital role in the real estate market this year:

The rapidly expanding middle class in the country is searching for affordable, secure and aspirational living that meets their housing needs. With increased congestion close to the city centre, this middle class will have to be housed in the satellite towns on the outskirts of Nairobi, which have benefited from infrastructural upgrades. However, it is important to understand what affordability means with regard to this upcoming “middle class”.This class cannot afford to spend Sh10 million or even Sh5 million, on a house, especially with the current financial policies and the high cost of borrowing .

According to the National Housing Corporation, there is a housing deficit of more than 200,000 units per annum for the low- to middle-income market. This is the most important fact that should be understood by all: The demand is there, but for affordable housing and office space. Most of the ongoing projects target the higher classes, and prices have gone through the roof. The asking price for a two-bedroom apartment in areas like Kilimani in Nairobi is about Sh20 million. Rentals have also followed this artificial trend, which is making the market very complicated as lots of new buildings remain vacant. Supply is targeting the wrong group of potential buyers but  not covering the areas where there is real demand.New projects must target the middle class and provide premises that are affordable to the majority of those who have a need.

Urban centres are growing rapidly due to the high   increase in population. Serious urban planning and modern infrastructure is needed. Increased development along key infrastructural nodes, which have been brought about by the development of bypasses such as the ones in Ruaka and Karen, are required all over the country.Nairobi, as well as the rest of the country, needs to get modernised. What is the point of living in the capital, or in any other town, with the nightmare of serious flooding whenever it rains? Then there is the wastage of time on the road due to traffic jams as you make your way to work.The government needs to invest more in infrastructure and proper urban planning. It must make sure that it provides quality services, which will in turn make investors interested in maintaining the current property prices.This will provide better standards of living for the people and prevent the market from collapsing.

It has been observed in  the past few years that even with the remarkable growth of the real estate sector, quality has not always part of the game. Low-quality constructionscan be found all over the country because  most of the sales were off plan.Currently, even with developers making huge offers, off-plan sales represent only a fraction of the market. Buyers are not as uninformed as they used to be. Nowadays, anyone looking to buy a house to live in or as an investment  will  demand high quality.A safe and comfortable construction that will provide them with a good standard of living and not one with lots of problems, that will eventually lead to a decrease in the value of the property. Developers need to finally understand that the time to make huge profits by cutting on the quality is gone.

The high interest rates are detrimental to investment in real estate. Interest is as much a cost to the developer of a project as it is to the end buyer. The increase in the lending rates by commercial banks caused a slow-down in the market as it affected both existing and new loans. If there is anything that will help the market’s growth, it will have to be a drastic change in the country’s financing environment; an easing of interest rates and easier access to finance.Lower interest rates allow more people to qualify to buy a home, meaning more people will be able to buy homes. When more people can afford homes, the number of homes on the market will be reduced (reduction in supply), which will in turn push up costs. Conversely, when interest rates are high, fewer buyers qualify for loans, which means supply outstrips demand. Over supply tends to push prices downwards.

The 47 counties established in 2013 are now fully operational and enjoy considerable independence from the central government, awhich can make the difference in the sector’s growth. Devolution is assisting real estate development as it is placing the onus on county governments to improve the real estate landscape, which has led to reduced bureaucracy and investment in infrastructure.

Elections always affect markets, not only in Kenya, but practically in every country in the world. Expectations and fears about a possible change of government creates insecurity, resulting in a volatile environment.As a result, next year’s general election could lead to a slowdown in certain markets, especially in areas that have been affected by political tensions in the past. Everybody needs to realise that exercising their political right and democracy requires patience,wisdom and avoidance of tension as these could be catastrophic to the country’s growth.

This year, the country’s property market will have to overcome a lot of challenges in order to remain strong and profitable. All interested parties should be extremely careful as the global volatility is directly affecting all markets, and especially emerging ones. This year the real estate sector is expected to be quite volatile and challenging. This is the year that the sector has to prove its ability to continue attracting investments. It is the year we expect to be in the middle of a global financial cyclone, so it is advisable to be patient and constantly keep abreast of the market indicators and economic data.

Granted, profits can  be realised under any circumstances, but it will not be easy. The risk factor has to be seriously considered by all the interested parties. Being “aggressive” this year might not be the best investment strategy; safer strategies are advisable. However, even though we are facing a challenging year, we should remain positive and optimistic. Psychologically, this is very important to investment, so it is important not to panic. Analyse the market and follow what is going on in the news. Remember, sometimes it is better to say no to a deal or market than to say yes blindly. 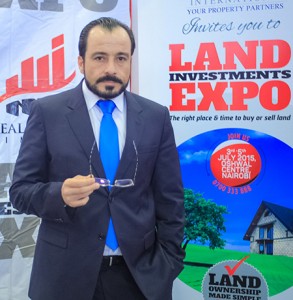