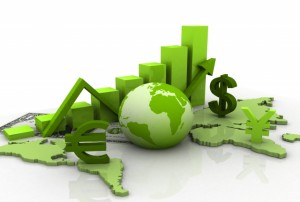 Any market that looks solid and secure we have to remember that has the same chances to fluctuate as any other market (It is not if … it is when this will happen) .Timing is one of the most important parameters when it comes to take investment decisions and we must be ready to get in as well as to get out of the market before it is too late.
Usually when house prices rise because people gorge themselves on debt, the ensuing recession tends to be particularly deep and long. Over-leveraged households cut their consumption drastically. Output and employment collapse, and that could lead to an economic collapse which is essentially a severe version of an economic depression, where an economy is in complete distress for months, years or possibly even decades.

So when we are involved with real estate investments (or any other investment) we must always be under alert..
We cannot predict the future but we can always learn from the past in order to see ASAP the signs of the market .We need always to remember that markets fluctuate and try to read the signs .

After six years of unprecedented price increases, the UAE housing market crashed in 2008…

Residential property prices in Dubai, measured by the proprietary property price index of Morgan Stanley, dropped 25% in Q4 2008 from the previous quarter. High-end apartments and villas were the worst-hit, with prices falling 35% in Q4 2008 from their peak in Q2 2008, according to Morgan Stanley. Apartment prices in Downtown Burj Dubai fell 28% q-o-q to AED2,700 (US$736) per sq. ft. in Q4 2008, according to Global Investment House. In Dubai Marina, house prices have declined by 18% to AED1,800 (US$490) per sq. ft. over the same period. In the Palm Jumeirah, the value of villas and apartments has dropped by as much as 60% in just a few months.

In October 2008, Taylor Scott International ’s analysts and all those following the market in Dubai noticed an unusual calm. For six years, the market had enjoyed a housing boom ,where Everyone involved with Real estate was making money. And everybody had become well-versed in the rationalizations for why the housing bubble wouldn’t collapse (i.e., “it hasn’t crashed so far”, “the government wouldn’t allow it” , “Dubai is a unique Market” , etc). That had all ended the month before (September 2008 when housing prices unexpectedly began to fall. And what followed was a similar eerie quiet, like everyone was rethinking and holding their breath. Real estate developers were cutting prices. Banks were pulling back on lending. It’s like everyone had stopped (or at least slowed) the real estate game they have been happily playing for the past decade(s) and are quietly re-assessing the situation.

A wait-and-see approach among home-buyers has caused a large decrease in demand for properties, which has prompted several developers to delay or cancel construction projects. Meanwhile, expatriates going back home, because work was drying up in the emirates. Interest rates increased and LTV (Loan to Value) ratio reductions had been imposed by banks and other mortgage providers, exacerbating the situation.
By December 2008, (in just 4 months) prices for new Dubai developments had dropped 40%. Real estate stock prices were in free fall. The market could not resist and same time Rents and yields were falling. Even the rental market was cooling. Homeowners and developers unable to sell properties were renting units out, causing the supply of rental houses to rise sharply.Rents for residential properties dropped 25% in 2008 from the previous year, according to Taylor Scott International’s research. Dubai’s most prestigious locations, like Downtown Burj Dubai and Palm Jumeirah, were the worst hit, with rents plunging as much as 33%.

Rental yields in Dubai registered a big decrease from around 8% to 5% in 2008 from a year earlier, according to research conducted by Taylor Scott International. Bigger apartments tend to generate lower yields, at 4.50% for 180-sq. m. apartments. On the average, Dubai apartments had yields of around 5.52%.
Publications such as the Economist were leading with headlines like “Has the Bubble Burst?” The calm was over and everyone was starting to take action.

In January 2009, foreigners began to leave the country in droves, abandoning their leased cars at the airport by the thousands. State-backed real estate companies began to realize they were facing massive lay-offs. Many real estate developers realized they weren’t going to be able to survive their debts at current housing prices. And the overall government debt at 150% of GDP suddenly went from a theoretical to a very real problem. The Market Crashed…
By July 2009, Dubai was a ghost town. The roads were no longer congested. It no longer took an hour to get across town. The restaurants and malls were spooky-quiet. Hotels were 50% cheaper than the year before. And apartment prices continued to drop by a cumulative total of 60% over the next year. The city would subsequently spend the next 3-4 years working out its debt and housing supply situations.

In Taylor Scott International we believe that markets fluctuate and that in order to keep making money by investing in Real Estate we must keep doing continuously research, analyze the markets , stay alerted and follow the markets.