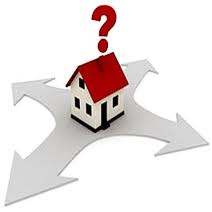 Australia needs to consider introducing limits on borrowing to rein in house-price growth and avoid further risk to the financial system, says the head of the Abbott government’s financial systems inquiry, David Murray.

Mr Murray, who previously headed the Commonwealth Bank, said the low-interest rate environment had seen house prices rising in capital cities like Sydney and Melbourne – which was not only making housing unaffordable, but putting the entire financial system at severe risk.

“It is a serious issue and if interest rates continue to fall, there will have to be prudential offsets to limit the risks in the housing market,” he warned.

Asked whether that should include a cap on borrowing, Mr Murray said: “There’s different ways it can be done; in other countries they’ve limited the loan-to-value ratios for second properties.
Advertisement

“Singapore and Hong Kong have done that, for example, but the lower these rates get, the more governments will have to consider these responses.”

The Reserve Bank of Australia signalled its concerns about an overheating property market when it left rates on hold on Tuesday, and flagged it was working with other agencies on how the issue might be tackled.

One option is so-called macro-prudential controls which place limits on how the banks lend. They would be enforced by the Australian Prudential Regulation Authority (APRA).

Mr Murray’s report to the government, which is still sitting with Treasurer Joe Hockey, has also raised this as an issue, and took a swipe at tax breaks such as negative gearing that fuel household borrowing for property.

Mr Murray told journalists after an Australian Centre for Financial Studies event in Melbourne it would be hard to entirely get rid of negative gearing, because it applied to other assets than just property.

But given that “housing tends to be more of an issue” – since most people use negative gearing tax breaks for rental property – there was a case for restricting it to “neutral gearing”. That is where a property has the same amount of money being paid in interest as is received in rent.

“I tend to think if real estate is a favoured asset it gets more than its fair share as a consequence of negative gearing,” Mr Murray said. “I’d be more inclined to go to neutral gearing than to get rid of it.”

In the event of another global financial crisis, Australia would probably not be in as a strong a position as it was economically last time, and could lose 20 to 150 per cent of its GDP as well as see up to 1 million jobs lost, he said.

It was the severity that had to be managed.

“It’s just not the case [that] we’re immune from trouble here,” he said.

It would be a real concern if the cash rate was to fall to the 1 per cent range.

“In the post-crisis world we’re in, asset prices – with monetary easing – keep getting inflated,” he said, pointing to the high price-to-income ratio for houses in Australia.

“There only needs to be a noticeable pick-up in employment and this can turn very very difficult … APRA and the Reserve Bank have a real problem here.”

It was already too hard for people to get into the housing market, Mr Murray said.

Mr Murray’s comments come as the country’s biggest mortgage broker has reported a 16 per cent surge in the value of the home loans it processed last month, confirming the surprise cut in interest rates has further fired up the $1.3 trillion mortgage market.

AFG, a wholesale mortgage broker, on Wednesday said lending growth appeared to have accelerated since late last year when regulators sought to cool lending to housing investors in particular. It processed $4.3 billion in home loan sales in February, 16 per cent more than a year earlier.