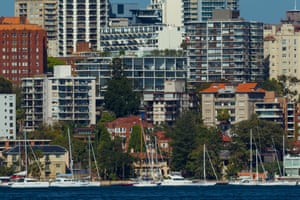 Housing in Australia has been categorised as “severely unaffordable” compared with metropolitan markets around the world, a comprehensive survey has found.

Of 10 major metropolitan markets assessed in the housing affordability survey, Hong Kong had the least affordable housing for the sixth year in a row, followed by Sydney.

Sydney replaced Vancouver as the second least affordable major market thanks to a surge in its housing price to income ratio, the largest increase by any market in the 12-year history of the survey, which is undertaken each year by the urban planning research agency Demographia.

Vancouver was third, while there was a three-way tie for the fourth least affordable middle-income housing between Auckland, Melbourne and San Jose.

“Auckland’s loss in housing affordability, like that of Sydney, was huge,” said the report, which was published on Monday.

“Each of the severely unaffordable major markets was characterised by more restrictive land use regulation, almost all with urban containment boundaries or variations.”

In his introduction to the report, the businessman and Family First senator Bob Day wrote that, for more than 100 years, the average Australian family had been able to buy its first home on one wage.

“The median house price was around three times the median income, allowing young home buyers easy entry into the housing market,” he wrote.

“The median house price has increased, in real terms, by more than 300%. The economic consequences of this change have been devastating. New home owners pay a much higher percentage of their income on house payments than they should. Similarly, renters are paying increased rental costs reflective of the higher capital and financing costs in turn paid by landlords.”

Housing affordability had deteriorated across Australia, New Zealand and the UK “virtually without regard to market size or demand”, he wrote.

Of the 367 markets assessed, there were 89 affordable markets; 75 in the US, nine in Canada, three in Ireland and two in Australia, both in Western Australia.

The survey follows the release of a report from the Tenants Union of Victoria on Sunday that found 35% of Melbourne’s suburbs are now unaffordable.