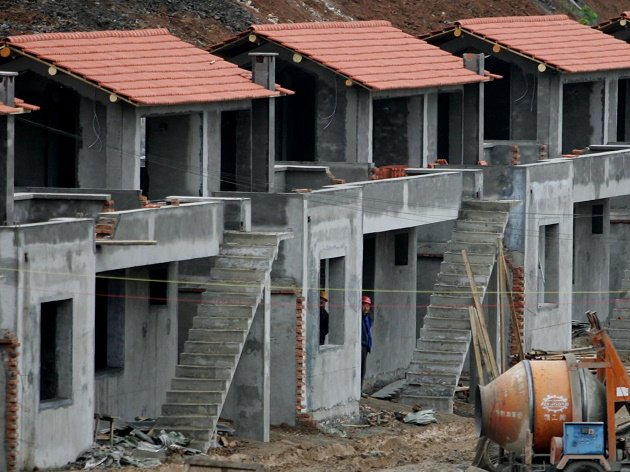 FOMO, or the fear of missing out, has become an increasingly popular acronym of late, joining the ranks of QE, POMO, ZIRP and NIRP in the everyday vernacular of people in financial markets.

In the investment world, FOMO is about spurring people to make investment decisions quickly, and some times irrationally, based on the premise that if they don’t act now they’ll regret their inaction in the future.

While FOMO has been seen in many markets around the world, it is particularly prevalent in China.

One only has to look at the huge surge in China’s stock market in the early parts of 2015 to see just how powerful the fear of missing out can be. Even with valuations that were approaching stratospheric levels, investors were clambering over themselves to buy any stock that they could, especially those whose upside momentum was the greatest.

Regardless of fundamentals, it was only going higher, leading to enormous market gains almost each and every session. It was a no brainer, so it seemed.

That worked well until June 12. From that date the market began to fall, leading those who were previously gripped by FOMO to become gripped with FOBL, or the fear of being long.

In the end the benchmark Shanghai Composite index slumped by close to 50% in a little over two months, some other mainland indices even more, leaving many investors nursing hefty losses. But FOMO has now returned, only in a different market.

With the stocks still in a funk and China’s central bank, the PBOC, continuing to add to monetary stimulus, speculative forces, at first small, are now snowballing out control.

FOMO is back, and it’s driving ridiculous property price increases in some of China’s largest cities.

Take Liu Yihui, a 35-year-old civil engineer, as a prime example of what FOMO can do to an individual.

According to Bloomberg, Liu liquidated his stock market investments after losing 40% in the market rout last year, and used the proceeds, along with an additional mortgage, to buy a 5 million yuan (US$763,464) apartment in the southern Chinese metropolis of Shenzhen.

Prices for new homes in the city increased by more than 50% in the year to January, making price gains in the likes of New York, London and Sydney seem like chump change in comparison.

“People are a bit crazy in this market, but what can you do?” Liu told Bloomberg. “Stock returns were terrible, so I made up my mind to put my money in real estate.”

Liu is clearly not alone when it comes to property investment.

In a research note released by HSBC’s China research team, led by Zhi Ming Zhang, the speculative price surge seen in Shenzhen is now being felt in other major Chinese markets, fueled in part by continued monetary policy stimulus and record bank lending in January.

“The credit growth has fed into rising asset inflation, notably in property prices and especially those of first tier cities,” says HSBC. “Following Shenzhen’s lead from last year, Shanghai’s residential property prices rose 24% during the first two months of the year. There are signs that speculative forces are at play, aided by the credit boom, a flourishing shadow banking sector and P2P (person-to-person) financing.”

A rise of 24% in two months puts the world’s hottest property markets in developed nations like Vancouver, London, New York and Sydney to shame.

Yes FOMO is spreading, as demonstrated in HSBC chart below that tracks house prices in Shenzhen and Shanghai by square metre. Not only are property prices heating up, like any market driven by speculative forces, buyers are finding ever-more inventive ways to finance their investment.

One example is Lianjia, a large real estate agent. According to local media, the agent provided home buyers with private loans to make the down-payment that are raised through online P2P products. In this way the buyers are able to secure a much higher leverage ratio than with a normal bank mortgage, making the cost of speculation much lower.

Social media and web-based financing channels are also fuelling speculation in the property market. Products started to emerge during 2H 2015 that pool individual investors’ money in order to participate in purchases of residential and even commercial projects. For example, on pinfangwang.com.cn, translated as “fighting for a house.com”, the minimum investment to participate in these “pool purchase” products can be as low as RMB1,000, or around US$D160.

Products of these kinds effectively package property investment as a form of asset backed securities. While they significantly lower the entry barrier for property investment, a lot more retail investors are exposed to the risk of a market correction and the property risk is spread to the shadow banking sector.

We are seeing increased leverage and loose lending standards in what is a largely illiquid market.

Despite the risks, investors don’t appear to be perturbed. Far from it. Indeed, some have actually been losing sleep due to fears of missing out on a piece of the action.

Yao Peirong, a 61-year-old Shanghai retiree, is one investor whose sleeping patterns have been interrupted by surging prices in his local neighbourhood on the outskirts of Shanghai, one hour outside of the city centre.

According to Bloomberg, Yao bought a two-bedroom apartment there for 6.6 million yuan on February 19, borrowing 300,000 yuan within an hour after his first viewing to secure the purchase with a deposit.

“I couldn’t sleep,” Yao told Bloomberg. “Home prices in this neighborhood have jumped almost 11% since two weeks ago.”

A 61-year old retiree leveraging up to buy a two-bedroom apartment costing more than US$1 million, spurred on by FOMO after property prices rose 11% in just two weeks.

What could possibly go wrong?