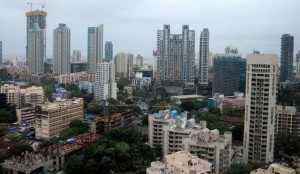 Global rating agency Fitch today said the likely upturn in the country’s investment climate and reduction in interest rates will improve the property market by the end of March 2016 and provide relief to the debt-ridden developers.

“The property development sector (will) be a key beneficiary of reductions in housing loan interest rates by several domestic banks in April 2015,” the agency said, adding that they would also boost credit growth.

Besides, the Reserve Bank has reduced the key policy rate by 0.50 per cent since January, prompting commercial banks to cut interest rates for home loan and other borrowers.

Both the companies, it said, would meaningfully reduce the portion of debts by end-2016.

The rating agency observed that “the process of reducing leverage (debts) stalled in 2014 due to weak sales and slower cash collections on properties that were sold towards the end of 2014 and in early 2015, as developers introduced easy payment schemes to stoke demand.”

Domestic property purchases remained weak in 2014 due to high interest rates and some political and policy uncertainty in an election year, it said, adding that several buyers postponed their purchases, which drove up inventory levels steadily during the last 12 months.

Most developers, Fitch said, responded by introducing easy payment plans for certain products. These payment plans typically require 20 per cent of the property price to be paid upfront and the remainder at the end of construction, usually several years later. This has lengthened cash collection cycles and contributed to higher leverage.

Fitch estimates that around 20 per cent of the sector’s sales over the last two fiscal quarters were financed by easy payment plans and observed “the longer cash collection cycle will continue to weigh on developers’ balance sheets in the near term.”