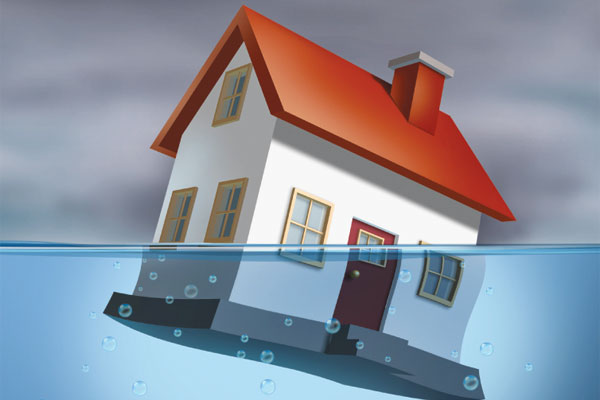 Interest in real estate is creating a fallacy that the economy is growing and life is easy. The trend has now been for someone to buy a small parcel of land in the sun-scorched and dusty bush areas that ‘have potential to grow’ and wait for three or so years for the parcel to ‘appreciate’ in value. GRAPHIC | NATION

Everyone who has the smallest interest in investments and an attraction towards Kenya agrees that the country, the largest economy in East Africa, has potential to further capitalize on regional markets and strengthen its position as the regional powerhouse.

The discovery of oil, gas and coal represent a great opportunity for development, while its youthful population, dynamic private sector, new Constitution, swathes of land, beautiful climate and tourist attraction sites have featured in numerous promotional catalogues trumpeting its potential and promise.

But these sectors, investment analysts argue, have been ignored in the wake on the blue-eyed boy of the economy: real estate.

“In recent years,” says Kosta Kioleoglou, a civil engineer and Taylor Scott International valuer for East Africa, “the real estate market in Kenya has been booming, thus attracting most of the investments in  the country and monopolising the interests of local and foreign investors. Most of the money available for investment in Kenya is being put in real estate, and this is having a negative effect on the growth of two other main sectors; agriculture and tourism.”

When a section of an economy is doing well, it gains the confidence of investors, which explains why the real estate sector is the first stop for almost everyone with some cash to stash away, says the property appraisal expert. This has, as a result, pushed prices very high such that they look abnormal to the average Kenyan.

To make matters worse, most of those investing through saccos and chamas do not even know in which part of Kenya to invest for best results, all they care about is investing in Kenya’s gold standard — land.

They do not also understand what governs investing through such groups and what to do in case such an investment goes wrong, they do not check the qualifications of those they choose to lead such groupings, and most have no idea when to withdraw from it and the risks involved.

“Most have this mentality that nothing can go wrong in real estate investment, but I have to burst this bubble because there is nothing like a guaranteed investment,” says Mr Kioleoglou. “Everyone’s interest in real estate is creating a fallacy that the economy is growing and life is easy. People like ‘lazy money’ — where they do almost nothing but still earn from it. The trend has now been for someone to buy a small parcel of land in the sun-scorched and dusty bush areas that ‘have potential to grow’ and wait for three or so years for the parcel to ‘appreciate’ in value.

“They will then resell at double or triple the buying price, which might have been as little as Sh150,000 or Sh200,000, and buy another and wait two or three more for it to ‘appreciate’ and sell.”

There is no denying that real estate has had some very good returns in the last five years, but, in the long run, should this growth result in some sectors of the economy being neglected? And is this “exponential” growth sustainable?

A country operates like a business, says Mr Kioleoglou. There has to be incomes and expenses. However, if the income is less than the expenses, the country is in trouble. To stimulate economic development, Kenya relies heavily on foreign investment, and with mounting debt problems and the tightening of financial markets worldwide, net direct investment has declined. As a result, the economy’s ability to meet the demand of its over 42 million people has also declined.

Unemployment also remains a big challenge in Kenya, with the current rate exceeding 42 per cent. The percentage national poverty line exceeds 45 per cent, with over 40 per cent of Kenyans living on less than Sh200 a day. Half of Kenya’s population is under 18 years, and that huge group is currently not counted in statistics as a labour force. What will happen to this population when they get to the labour force?

“Currently, 70 per cent of the population is working to produce for the 30 per cent,” says Mr Kioleoglou. The middle class, which is the target for the majority of the shiny developments around the country, is also unable to afford them.

“There is a misconception about the buying ability of this group. It should be known that the middle class of Kenya is not the same as that of Europe or the US. The middle class in Kenya consists of those that earn between Sh40,000 and Sh100,000 — and a very few who earn Sh150,000 every month. When compared to the Euro rate which is much stronger than the shilling, this is between 300-400 Euros, and this is below the basic salary in Europe. 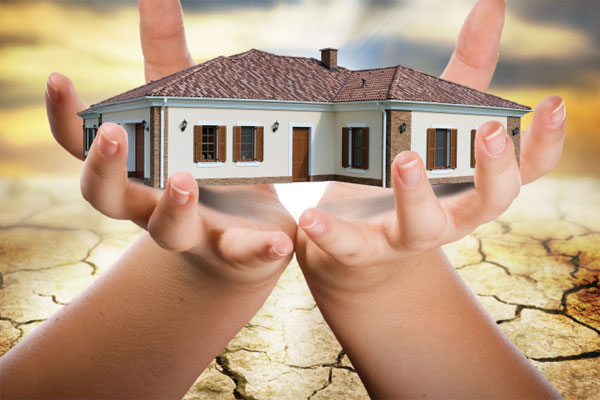 There is a demand for housing, but one that around 95 per cent of the population will be able to afford, and not just the five per cent. GRAPHIC | NATION

“We therefore cannot expect people earning this much, and who are also grappling with the rising cost of living in Kenya, to afford a Sh5 million house, let alone one a Sh10 million one, which is the average price for houses targeted at the crowd,” says Mr Kioleoglou.

Market information is also misleading the masses in regard to the supply and demand of houses in the country. Currently, market statistics indicate that there is a supply gap of 200,000 houses annually. However, the question we should be asking is: in which income segment is there need for these houses?

“The real estate market in Kenya has varied market indices — because they get their information differently — but what percentage of the information targets affordable housing for the low income groups?” asks Mr Kioleoglou.

There is a demand for housing, but one that around 95 per cent of the population will be able to afford, and not just the five per cent.

“This ‘housing boom’ has made just a few Kenyans, some foreigners and owners of financial institutions very rich within a very short period of time, sometimes even less than two years,” says John Kimani, the director of Urban World Property Investments Ltd. “It is however flawed to use the ‘overnight’ success of just a few to measure the pulse of the country’s housing market, because the truth is that the boom has not translated into broad home ownership for the majority of Kenyans, especially in the low-to-moderate-income categories.”

Yet the success of any country, continues Mr Kimani, should not be pegged on the few successful people it produces, but by how well it manages to treat its huge vulnerable populations.

“In the area of housing, the more low income families we can enable acquire decent shelter, the more successful we will be deemed to be,” says Mr Kimani.

Basing the supply of housing, especially the affordable options, on economic factors that affect price, demand and supply is not the solution to bridging the gap in affordable housing.

Under normal circumstances, a high demand in housing causes the price and quantity of their supply to rise. In the case of Kenya, the annual housing deficit of around 200,000 units is likely to keep prices high for a long time, hence making it difficult for the low income families to acquire homes.

“Stakeholders in the sector who control or have the financial resources needed to bridge the huge housing deficit will only deploy them in projects which will give them maximum returns within the shortest time possible. It is for this reason that most of the residential housing projects under construction, especially in urban areas like Nairobi, are targeting the middle- and high-end income brackets, with homes costing in excess of Sh10 million, which is way above the reach of ordinary Kenyan families,” says Mr Kimani.

Usually, when house prices rise because people gorge themselves on debt or because they decide to invest all their lifetime savings, the ensuing recession tends to be particularly deep and long. Over-leveraged households cut their consumption drastically, output and employment collapse and this could lead to an economic collapse — a severe version of economic depression that could last months, years or even decades, says Mr Kioleoglou.

Lessons from Greece and Dubai

WE CANNOT predict the future, but we can always learn from the past in order to see as soon as possible the signs of the market. Greece experienced what Kenya is going through right now as the grandeur in real estate that started in 1999 ended in 2010.

The country had amazing infrastructural developments that also put it in great debt, and the values of real estate — from land to residential and commercial developments — went crazy high, followed by the stock market. For several years, Greece could support its growth.

Then from 2005, the country started borrowing money from the International Monetary Fund (IMF) and the European Union before floating local bonds and Treasury bills and borrowing from wherever or whoever else. Real estate lost almost 60 per cent of its value. Houses that were being bought at one million Euros could not be sold for even half of the buying price some years down the line.

The same happened in Dubai when real estate lost almost 35 per cent of the value after six years of unprecedented price increase.

In the US, buildings were abandoned because banks had confiscated them as previous buyers were unable to repay their loans.

written by By IMMACULATE WAIRIMU