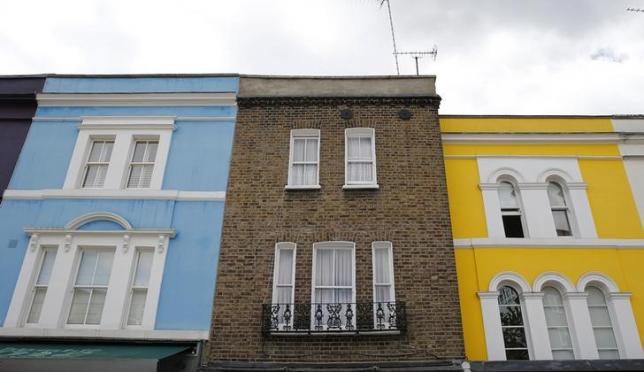 British house prices grew in July at their slowest annual pace since the end of last year but the market is being supported by rising wages and a lack of homes to buy, mortgage lender Halifax said on Thursday.

Halifax said the year-on-year rate of growth in the three months to July slowed to 7.9 percent, down from 9.6 percent in June and its slowest since December.

In monthly terms, house prices fell by 0.6 percent from June, when they had jumped by 1.6 percent.

Demand was supported by above-inflation growth in earnings and low mortgage interest rates while a shortage of properties on the market would also help to push up prices, Noakes said.

Another British mortgage lender, Nationwide, said on Tuesday that its measure of house prices showed prices picked up pace in July and rose by 3.5 percent in annual terms.

Howard Archer, an economist with IHS Global, said that despite the differences between the two surveys the overall picture was one of a housing market that has heated up since a slowdown in 2014, when new mortgage rules were introduced.

“Nevertheless, the upside for housing market activity and prices is expected to be constrained by more stretched house prices-to-earnings ratios, tighter checking of prospective mortgage borrowers by lenders and the likelihood that interest rates will soon start rising gradually,” he said.

The Bank of England is expected to say on Thursday that it is keeping interest rates at a record low. Governor Mark Carney said last month a decision on whether to raise them will likely “come into sharper relief around the turn of this year.”