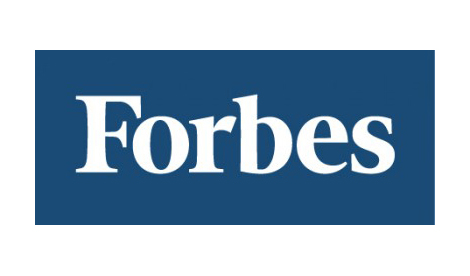 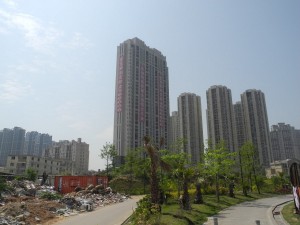 As far back as 2005, international media sources have been projecting the collapse of what has been dubbed the Chinese property bubble. In 2008, the Economist declared that the “sizzle is off” China’s housing market and there were no improvement on the horizon. They then upped their ante in 2014, with an article entitled “End of the golden era.” Many other financial media sources have followed suit, predicting collapse both when the country’s housing market heats up and when it cools off.

But this just hasn’t happened yet. As the years roll on and successive proclamations of economic Armageddon go unrequited, China’s housing market remains not only afloat but, some could say, as strong as ever. The market heats up to a boil then cools off a little without ever crashing. So does this mean that China has had a housing bubble that has endured for over a decade? Or maybe there was never any bubble at all?

One of the main reasons that China’s real estate market has ultimately maintained stability in the face of regular bouts of seemingly over-inflated prices is that the central and local levels of governments are firmly at the helm. They have control over the supply of new land for construction, financing for development, mortgage policies, tax rates, as well as housing purchasing restrictions that they use like a thermostat to heat up or cool off the market at their discretion.

There is a very good reason for this heavy hand. In China, real estate is responsible for 15% of GDP, 15% of fixed asset investment, 15% of urban employment, and 20% of all bank loans,according to the IMF. This isn’t something the government is going to leave to the whims of the free market.

When the market gets too hot, various levels of China’s government often take action to cool it off; when it gets too cool for comfort they loosen restrictions to heat it up again.

A long term graph of China’s housing market is a sine wave. At the peaks, when the market is blazing hot, and at the troughs, where it is much cooler, we see government policy which sends the market shooting back in the other direction. These tidal fluctuations occur roughly every two years, according to the Milken Institute.

But how exactly does the government do this?

At the end of a major housing market cool down in 2014, China’s central bank lowered interest rates six times to their lowest level ever. This provoked a swing in the market to the opposite direction in 2015, contributing to the feeding frenzy that we are currently seeing in some cities.

“Policy easing over the last 18 months has stimulated the market and led to a major boost in sentiment,” wrote Steven McCord from JLL. “Arguably, policies for home buyers are looser than at any time in the last ten years, surpassing even the major policy rollbacks of 2009. . . For home buyers, it is easier than ever to get a mortgage.”

One of the saving graces of China’s housing market, no matter how heated it has appeared, was that home buyers have always been extremely under-leveraged. At 90%, China has one of the world’s highest home ownership rates, but only 18% of the country’s households have mortgages.

“Previous upswings were not driven by leverage,” Joe Zhou, the Head of Research of JLL in Shanghai, explained. “In fact, previously, the norm was people did not finance the maximum allowable level. Therefore, mortgages did not play a role in driving up demand or prices.”

In large part, this lack of leverage is due to the fact that lending for home purchases are tightly controlled by China’s central and municipal level governments. Who qualifies for mortgages and how much financing they can receive is based on formal calculations which vary from city to city and are continuously adapted to suit current economic conditions.

At times when housing is more or less trading at a sustainable rate, someone buying their first property in China is required to make at least a 30% down payment, while their second home purchase requires 40-50% upfront, and any additional house beyond this must be paid for in full, as no financing is available. During periods when the housing market is exceedingly hot, policy requiring a higher down payment is often initiated; while during periods when the market is relatively cool, the minimum down payment can drop to as little as 20%.

For the most part, real estate speculation in China is done in cash, not loans, which creates an entirely different situation when it comes to the potential impact of “bubbles” than in most other countries. To put it simply, the conditions which caused the US’s housing crash of 2008 simply don’t exist in China, as things like sub-prime mortgages and mortgage backed securities are either prohibited or are otherwise not very widespread.

This means that even in the event of a severe downturn in the housing market, a domino effect of defaults would probably not resound through the broader economy. Chengdu’s Southwestern University of Finance and Economics, once ran the numbers on this and found that even if prices in China’s housing market were to plunge by 30% only 3% of households would become financially insolvent. While the Bank of China estimated that a similar drop wouldn’t have much of an impact on their ratio of non-performing loans and the broader effect would likewise be minimal. One of the keys to this stability is ultimately strict, government regulated lending controls.

Control of who can be a buyer

In China’s cities, among other classifications, people are divided up between potential home buyers and what’s known as non-buyers. There are set rules which outline how a non-buyer can become a buyer, which generally consists of living in the city and paying income tax there for a specified number of years.

Like other aspects of China’s governmental manipulation of the housing market, home buyer requirements can be dialed up and down at will. In China’s lower tier cities, which tend to have alarger stock of unsold housing, the barrier to being a home buyer is often very low, if it even exists at all. While in tier-one cities the threshold to becoming a home buyer is far higher. For example, when the cost of housing in Shanghai recently began shooting upwards again the city upped its residence/ tax requirements for home buyers from two to five years. In theory, this would take a little air out of the market by cutting back on the pool of potential participants.

Control of how many houses someone can buy

Another way that China’s government quells speculation in the housing market is by simply restricting the quantity of houses that people can buy. For an extended period of time, big cities like Shanghai have had home purchasing restrictions (HPRs) which have limited its residents to only being able to buy one additional house.

“HPRs clearly were born out of a desire to cool down a housing market in which speculation was driving prices beyond the reach of the aspirant middle class, among other issues,” said Steven McCord of JLL.

Again, like with China’s other housing market controls, these restrictions ebb and flow with the tidings of the market. Sometimes HPRs are removed, sometimes they’re clamped back down.

Control of where people invest their money

As I’ve covered earlier, viable investment options for people in China are extremely limited. Interest on bank deposits are less than inflation, the stock market is about as secure as a casino, WMPs have had their attractiveness regulated out of them, and channels to invest overseas are being plugged up. This leaves housing. Basically, Chinese investors are funneled into the housing market, and, in a country with one of the highest savings rates on the planet, this means a huge amount of ready-to-invest capital continuously pouring in.

This also creates a situation where mass sell-off — i.e. the bursting of the bubble — becomes highly improbable. Even if a large amount of people suddenly wanted to take their money out of housing, where would they put it?

Control of the urban markets home buyers are pushed into

Growing very distinct in 2015 and lasting into this year is a sheer disparity in China’s housing market between big and vibrant tier-one and some tier-two cities — where everybody wants to live — and the rest of the country. While China’s real estate market has usually vacillated in almost uniform waves across the country, we’re now seeing a situation where prices in some cities are exploding while others are posting all time lows. To help rectify this situation, China’s government seems to be engineering a climate in the big, booming cities that’s intended to push buyers into other nearby markets.

“They may tolerate rising prices in tier-one cities because so much economic activity is now concentrated in just a few cities, and not enough on other markets,” said Joe Zhou of JLL. “Rising tier-one prices would encourage job seekers and other individuals, especially recent graduates, to settle in lesser-expensive cities. They may want positive sentiment to spread to cities neighboring tier-one, as these are cities with lots of unsold inventory that needs to be sold to allow those markets to recover.”

So while you may not be able to buy a house in Shanghai, don’t despair, the doors to Wuxi are wide open an hour away.

What perhaps makes the recent boom in China’s housing market appear different than the ones that proceeded it is the rise of private lending which subverts China’s highly regulated banking system. Now, more buyers are accessing financing for their down payments for housing via developers, small loan companies, real estate brokerage firms, and other peer-to-peer lenders. An estimated $277 million has been acquired for housing via these under-regulated lenders over the past year in Beijing, while in Shenzhen that number is estimated to be at $306 million. These private loans essentially grease the handholds of the government’s grip on the housing market, and lessens the effectiveness of one of its major safety nets: home buyers’ traditional lack of leverage.

“This is not the norm yet but it’s appearing and it makes us uncomfortable,” said JLL’s Joe Zhou.

However, it would be foolish to think that China’s government isn’t aware of what is happening, and in many places they have already stepped in to cut out these peer-to-peer lenders.

China’s real estate market has induced confusion in many of the financial circles of the world due its seemingly volatile nature: prices rising to unsustainable heights just to drop a little before shooting back up again, over and over without ever really crashing. The fact of the matter is that an over-inflated housing market is one of the biggest cash cows the Chinese government has, so the last thing they want are plummeting prices. Taxes and fees can account for upwards of 60% of a house’s final price, not to mention the spoils that are derived from selling land to developers.

“With one hand on a patchwork of controls aimed at taming record house prices, governments with their other hand are at the same time selling land to developers at rising prices,” wrote Xiaoyi Shao and Koh Gui Qing for Reuters.

When looking at China’s housing market one key point to remember is that this isn’t really a free market and can’t be expected to behave like one. Behind the scenes are governmental ventriloquists pulling at proverbial strings, controlling supply and engineering just the right amount of demand. 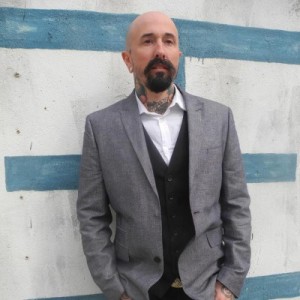 Wade Shepard is the author of Ghost Cities of China. He blogs at Vagabond Journey.