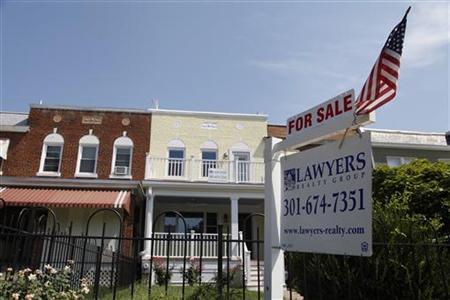 “For more than 30 years, consistently falling mortgage interest rates have helped spur more home sales. But in about a year’s time, that decades-long tailwind will likely shift to a housing headwind.” Sales will be hit hard, according to a worried analysis from Zillow.

Home sales have been hot, by post-Financial Crisis standards. According to the National Association of Realtors, sales of new homes rose to a seasonally adjusted annual rate of 546,000 in May, fastest pace since February 2008. The pending home sales index hit the highest level since April 2006. Existing home sales rose 9.2% from a year ago to a seasonally adjusted annual rate of 5.35 million, the fastest pace since November 2009. And the median price of existing homes jumped 7.9% to $228,700, the highest since 2006.

The median home price had hit the all-time crazy peak of $230,000 in 2006, during the insane Housing Bubble that had such dramatic consequences when it imploded. So in May, the median price was almost back where it had been during that all-time crazy peak in 2006. Just $1,300 off! Surely in June, the record will fall and a series of new all-time crazy records will be set. In a number of cities, insane records are already being set month after month, but no way that this is a housing bubble this time [read… San Francisco vs America in Housing Bubble 2].

There is nothing like a big bubble to perk up everyone’s mood. The whole industry is drooling. “It’s been a booming year for mortgage origination growth,” Equifax reported breathlessly on Monday:

Total mortgage origination balances jumped 74% year-over-year in the first quarter to $466 billion. Of them:

These are a huge increases.

And there’s a reason for this: mortgage rates have been near historic lows but are scheduled to rise, and now a buyer’s panic has broken out. People are desperately trying to grab the cheap mortgage rates while they’re still available and buy a home, no matter what the price.

For over three decades, mortgage rates have declined, with some mini-surges in between. It boosted sales and inflated home prices. It’s been a long fun party with a disconcerting interlude back to reality. And most potential homebuyers today have only experienced rates going down: But as the Fed approaches “liftoff,” possibly as soon as this September, “we are approaching the beginning of the end of the era of falling mortgage rates, and entering a period in which rates are likely to rise over the next several years,” Zillow said in an analysis. This is when “that decades-long tailwind will likely shift to a housing headwind.”

Rising mortgage rates would begin to be a “drag” on sales by mid-2016, Zillow figured. By 2018, it could drag down sales of existing homes by about 7% “from current levels.”

And there’s a particularly troubling problem with rising mortgage rates:

But for homeowners currently locked in at a low rate, rising mortgage rates could represent a budgetary curveball should they decide to buy another home in coming years. Homeowners used to a certain monthly mortgage payment may balk at paying a higher amount per month in financing costs for a home roughly comparable to their current residence, to say nothing of a home that is more expensive.

In this way, higher mortgage rates – and higher prices! – make it more difficult if not impossible for households to move to different home, which cuts housing turnover and sales and puts downward pressure on prices: the “mortgage rate lock-in” phenomenon, as it’s called.

“For decades, homeowners haven’t had to worry about that,” the analysis warns. “By this time next year, they’ll need to start.”

This is another success of the current monetary policies, and the no-holds-barred credit boom they have engendered. They’ve led to a convoluted and precarious situation where nearly all assets, including homes, are overpriced, and not just by a little. It will unwind, as these things always do over time, and for many people, a home will once again become an expense rather than that wealth-producing asset that they were promised it would be.

But the market faces another problem. Turns out, to the greatest consternation of some folks on Wall Street, millennials are smart. Read…  Wall Street Frets about its Nightmare Generation